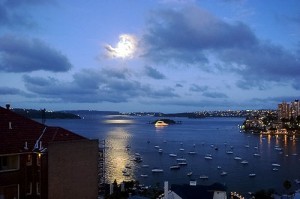 The original grant of land was in 1826 to the Colonial Secretary, Alexander Macleay. He commissioned the famous John Verge to build Elizabeth Bay House for he and his wife. The house was built between 1835 and 1838, and remained in the family’s hands until early in the 20th century.

When ownership passed on, its grounds were subdivided and the chic apartments and houses that are so sought after today, were built.

The irresistible lure of breathtaking harbour views, indolent lifestyle and proximity to the CBD ensures Elizabeth Bay’s place as one Sydney most desirable suburbs. The architecture reflects its prominence from historic mansions to superb rows of grand terraces, and stunning apartments.

The Wedge Café is the local, but Potts Point, a short walk up the hill, is home to coffee greats like Spring, through to magnificent grand dining at Cicada.

There are no schools within the suburb, however within easy walking distance are St Vincents and Darlinghurst Primary. A short drive away you’ll find Sydney Grammar, S.C.E.G.G.S, Sydney Boys and Girls High, Ascham, Kambala, Scots and Cranbrook.

The traditional corner store, a decent take away for those days when you’re too tired to cook, and a very civilised bottle shop are all in the Bay. More serious shopping can be found in nearby Darlinghurst, Paddington and of course, the city.

Start with the sublime Georgian period Elizabeth Bay House, wander down Billyard Avenue to the art deco excess of Boomerang, and then around into Roslyn Gardens and its row grand terraces.

Yachties can tie up at the local marina. In adjacent Rushcutters Bay you can turn a run around the park or a few sets of tennis. The City Gym and Cook and Phillip Park Pool is just on the other side of the ridge.
Distance from the CBD & Transportation

Only 2.5km east of the CBD, means the city is a leisurely walk through along the harbour foreshore and the Botanic Gardens. If time is pressing, then try the 311 bus to Circular Quay, or the frequent trains to the city (just one stop away) from Kings Cross, 5 minutes walk away.