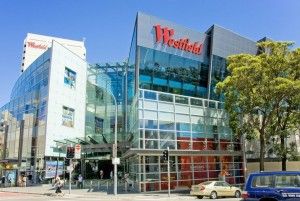 Development of Bondi Junction has largely been controlled by transport routes. The South Head Road (now Oxford Street) was the first, being constructed in 1811 by soldiers of the 73rd Regiment. By 1856 a tollgate had been erected at the corner of Bronte Road and Ebley Street. The tollgate was moved in 1869 to a site opposite Hough’s windmill to catch residents who were managing to evade paying the toll.

When Barnett Levey built Waverley House in 1827 it was the first of many fine mansions to grace the area which then became known as Waverley. In 1854 the Waverley Tea Gardens, at the corner of Oxford Street and Bronte Road, were laid out with gardens, summer houses, quilt pitches and other games and was a favourite resort for afternoon teas and fun. The area took on the local name of Tea Gardens until the Bondi steam trams junctioned there with the trams to Charing Cross. Hence, Bondi Junction came into usage.

Bondi Junction is not only a commercial centre. It has been a popular residential suburb from the beginnings of its development in the nineteenth century and has a wide variety of architectural styles from elegant Victorian terraces, Federation homes, weatherboard cottages and modern high-rise apartments.

Bondi Junction has traditionally been a dominant retail centre in the Eastern Suburbs and this role was reinforced with the advent of the Eastern Suburbs Railway in 1979, and Bondi Junction Plaza and Eastgate shopping centres. Despite some modernisation, traces of the suburb’s commercial heritage remain visible in the late 19th and early 20th Century retail buildings along Oxford Street and Bronte Road. Today, Bondi Junction is a popular shopping hub, featuring Westfield Shopping Centre and Eastgate, with a huge array of department stores, supermarkets and specialty stores.

Bondi Junction is just 5km from the city centre and is well serviced by trains from the Bondi Junction Railway Station, and buses, including numbers 380 and 381.

There are a range of landmarks in Bondi Junction that are evidence of the area’s history and these can be seen when you take the Centenary of Federation Walk. These include the Boot Factory, which was built in 1892; 69 Oxford Street, latest 19th Century shops and first floor residences with impressive architecture; Grace Bros; Gladsmuir, a grand Victorian Villa; the Waverley Toll Gate; and Hough’s Windmill, which operated from 1841-1879.