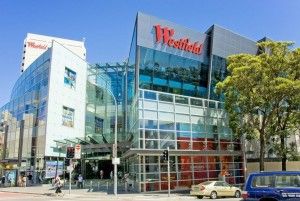 Aboriginal people occupied sites in the area now known as Waverley in the period before European settlement. The band of the Eora that roamed the area is known as the Cadigal. It’s thought that perhaps the Biddigal and Birrabirragal bands also frequented the area.

In 1859, Waverley was the second Sydney suburb to become a municipality. The new Waverley Council divided the Municipality into three wards and named them Bondi, Waverley and Nelson. Later a fourth ward was added and called Lawson. Now those wards are named Bondi, Waverley, Hunter and Lawson.

The first land grant in Waverley was made in 1809, when General Bligh gave 81 hectares to a Mr William Roberts. That piece of land covered what is now most of the business and residential area of Bondi Beach.

Like most newly settled areas, Waverley grew along with the development of public transport. Bondi Junction became a bigger and more important commercial area after the eastern suburbs railway to the Bondi Junction terminal was completed in 1979.

Bondi Junction’s demographic has always been very mixed. It has a strong Jewish community, a legacy of post-war immigration, and also people from Ireland, Asia, South Africa and New Zealand.

Bondi Junction is the primary urban centre in the Waverley Council area. There’s a mix of semi-detached houses, rows of traditional-facade Victorian terraces, modern apartments and Californian bungalows. It’s a desirable area for young families with quiet, leafy streets and off street parking and for young, professionals with welllocated contemporary housing.

From $2 shops to surf shops, Bondi Junction is a shopping mall mecca. There’s Westfield Plaza and the Carousel Shopping Centre as well as boutique clothing shops, David Jones and Grace Bros. K-Mart, Coles and Woolworths are also well located. It all adds up to an increasingly upmarket mini-metropolis.

But it’s Bondi Road that is really worth exploring for its eclectic mix of traditionalsuburban shops including Kemeny’s – one of Sydney’s best-stocked wine outlets, bakeries, grocers, delis and kosher food outlets.

You’re spoiled for choice for recreation opportunities in this area. With Centennial Park – one of the largest and best-loved parks in Sydney -and Queens Park on your doorstep, you can enjoy jogging tracks, cycling, playgrounds, sporting fields or simply sit underneath a shady tree with a good book. When it comes to surfing and swimming, choose your local beach. Bondi, Bronte and Tamarama are all close by. Of course, there’s also the walk or run from Bondi on the headland footpath to Tamarama, Bronte and Clovelly.

Sydney’s most famous beach – Bondi Beach is the central landmark of Bondi. The alluring golden sweep of sand is one of the city’s great icons. The Bondi Pavilion, built in the 1920s, is Sydney’s grandest bathing pavilion. Nearby, there’s Bronte House, one of the oldest houses still standing in the eastern suburbs.

And, a 10-minute drive away there’s the dramatic Waverley Cemetery, established in 1877. This is where poets Henry Lawson and Henry Kendall are buried.

St Mary’s Church of England, designed by Edmund Blacket and built in 1863, is also in the area.

Stroll the length of Bondi Road and you’ll be able to eat your way around the world from Thai, Italian and Greek to Jewish and European. Or you could grab a hamburger from Burgerman, a pizza from Mozzarella, fish and chips from The One That Got Away or a Portuguese chicken from Oporto and head to Bondi Beach.

Along Oxford Street, Bronte Road and Spring Street you’ll find cafés, delis and restaurants. There’s a number of hotels including the Tea Gardens Hotel, the Waverley RSL and the Easts Leagues Club.

Down the road at Bondi Beach, you can enjoy chic food with a view at Hugo’s, Fu Manchu, Raw Bar, Jones and the ever-popular Lamrock.